Recently, I had the pleasure of meeting, Chris and Tina, husband and wife and the proud new owners of Tripp Records in Edgewater, MD. Through word of mouth, we crossed paths as “vinyl guys” in a relatively small town that isn’t known for having too many vinyl guys. Naturally, we connected, so I showed up at his shop one night to check out the new spot as they were still getting set up to open.

Over the course of the next two weeks, I stopped in a few times to talk music, drink beer and learn about their journey, and to get first dibs on the records they had for sale before the store opened to the general public, including copies of Hooteroll? and Old & In The Way, both in perfect condition.

Immediately, I was impressed with the shop’s reasonable prices and expansive collection despite being relatively small. The front room has a natural flow of record bins aligning its outer walls and covering all genres of music, as well as an inner island with more bins and albums to pick through. Beyond the front room is a long hallway lined with a healthy dose of bargain bins and a private listening room, which is a thoughtful way to add a personal touch to the record buying experience.

Overall, the vibe of Tripp Records is warm and welcoming. Chris and Tina are regular people who decided to open a record store one day, and to make it a family affair by having their two sons, Shane (the musician and local guitar prodigy) and Dustin (the concert goer, vinyl collector and music lover), help out every once in a while. I found their story to be practical and inspiring, and certainly worth telling on Thirsty Vinyl.

One evening in early fall, as the foliage began to succumb to less sunlight causing it to change color, I sat down with Chris and Tina, with The Heart of Saturday Night by Tom Waits spinning in the background, as we talked about how their idea to open up a record store morphed into a reality. 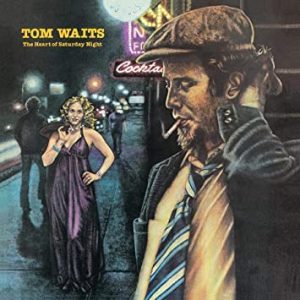 Throughout Chris’ professional life, he’d been known as “Chris the Plumber” because that was his day-to-day job for years. While plumbing paid the bills and the moniker may have been fitting, Chris seemed to be bothered by the nickname that didn’t fully define who he was. After just a few minutes of getting to know him, and hearing Tina shed light on aspects of their life together, I couldn’t agree more.

Chris has a passion for collecting things – old things, antiques, collectibles, records, vintage stuff, all of it. According to Tina, he’s a “thrill of the chase guy,” which I can relate to. I’ve always thought the grail is more about relishing the quest. Deeper into our conversation, I found out that Tina’s comment was meant figuratively, but it also had literal context. Chris actually went to Montana, after reading The Thrill of the Chase, to search for Forest Fenn’s hidden treasure, and while he didn’t find it (although someone else did), it further explained Chris the multi-layered man, or as Tina fittingly described him as “stable but unpredictable.”

I especially appreciated one story they told me about finding a guy’s 1952 high school class ring. After finding the ring and doing some research on an alumni page, Chris was able to locate its original owner and return the ring to him. The guy was dying of cancer, but his son decided to restore the ring so his dad could wear it again. During the process, Chris learned from the dying man’s best friend that the ring had been purchased from a jewelry store in downtown Annapolis and then lost within 6 hours until Chris found and returned it 60 years later.

As our conversation continued, Chris relayed other stories from his full-time plumbing days, which spanned 25 years of fixing busted pipes in basements and noticing collectibles just sitting around collecting dust. Instead of asking his customers for full payment, he’d reduce the price and barter for a few antiques or “that box of records” just sitting in the corner. Perhaps fittingly, the space where Tripp Records now stands is connected to his dentist’s office, which he discovered after being asked to fix a busted pipe next door while getting a cavity filled one day. While Chris and Tina had toyed with the idea of opening a record store for a long time, they didn’t really put the idea into motion until about a year ago when their kids were grown up and they were in a good enough place financially. He had been self-employed for 14 years, but wanted out, and he “didn’t want to work for the man” or follow the typical path to where most plumbers go to die by becoming a plumbing inspector or working for WSSC. That just wasn’t in the cards for Chris or his anchor, Tina.

Perhaps the reason was related to his dad working his whole life, originally in Pittsburgh designing furnaces for the steel industry followed by 20 years working for the government. Despite having plans for life after work, sadly Chris’ dad died before he really retired at the age of 64, so he never got to spend what he called his “go to hell money”.

That story seemed to give Chris and Tina more perspective on life and what’s truly important – to make the most of your life while you’re still living it. So, one day after getting a cavity filled and checking out a leak in the vacant office space next door, Chris strolled home that night, new keys in hand, with a surprise for Tina – he found the treasure by landing the perfect spot to open up their own record store.

Tripp Records had its grand opening on October 15th 2022 and although I was out of town that weekend and couldn’t be there to celebrate with them, I did stop and think of Chris and Tina, their family and their record store in light of Chris’ favorite quote, “It’s far better to dare great things than to take rank with those poor and timid souls who know not victory or defeat.” [Teddy Roosevelt] 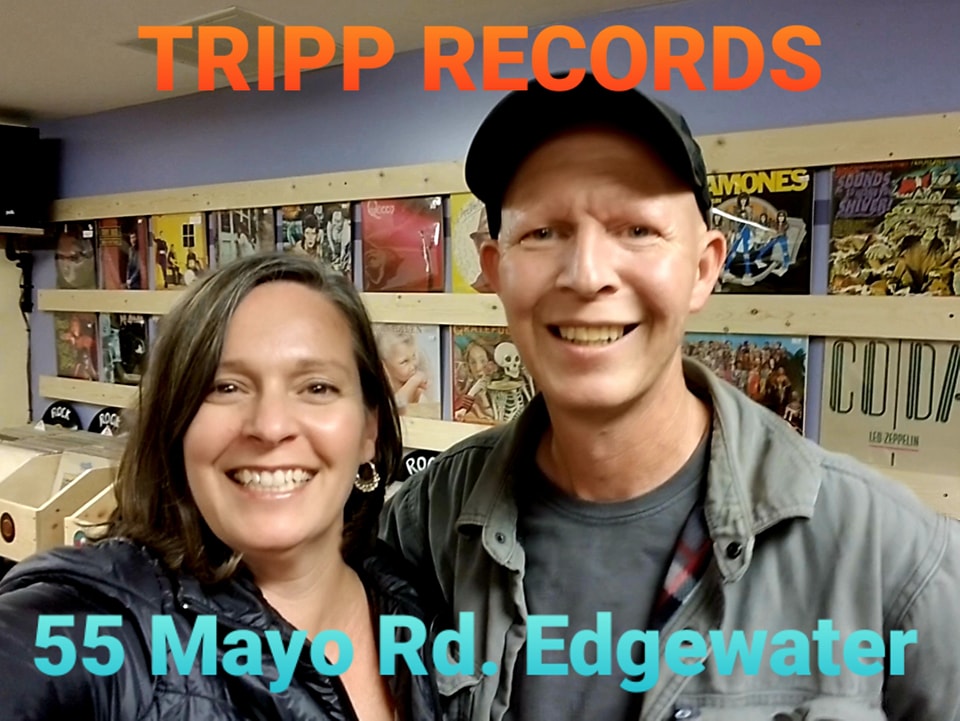 My dream job is to own a small record store with…

You may have thought the exhaustive list of Grateful Dead bootlegs…

I recently had the pleasure of traveling to Asheville, North Carolina…