Now that 2023 is right around the corner, let’s talk craft beer trends expected in the new year.

Here’s what you need to know for next year and cheers to a healthy and happy new year infused with music, beer and good times! 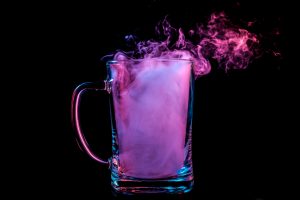 Subtly but surely, smoked things are becoming more mainstream. Middle aged men are embracing a new hobby and buying smokers to transcend traditional methods of cooking, but the trend doesn’t stop with meat. For example, earlier this year, my wife and I were hanging out at our friends’ house, and they whipped out DIY drink smoking kits where each guest could smoke their bourbon-based cocktail right there at the kitchen table. It was fun and delicious and now those kits are on my Christmas list.

While this might not be the next big beer style based off sheer volume, it will be the next big trend for beer connoisseurs. By paying attention to emerging Facebook groups like, This Week in Rauchbier, it’s easy to see that brewers around the country are making a wide array of smoked beers using a variety of styles and different smoked grains. The complexity of flavor can be polarizing and overbearing at times, but the diversity of the category makes smoked beer an intriguing option, especially when thinking about fancy food pairings or better yet, an album pairing like Cheech & Chong’s Up in Smoke, incredibly now in its 40th anniversary year.

2. The rise of non-alcoholic beer 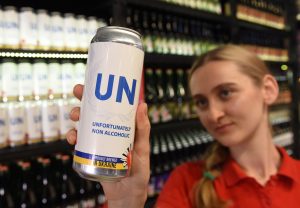 Growing up, I remember one or two types of non-alcoholic beer available at the local beer store. It was stuff like O’Doul’s that had little to no character and as much palate appeal as a cold fart in the mouth. That was 20 years ago. Now non-alcoholic beer options are plentiful, surprisingly delicious and showing up more and more in craft brewer lineups. Expect to see that trend continue in 2023 and beyond. Sales of non-alcoholic beer have climbed 90% over the last decade, significantly outpacing the growth of the broader beer market.

Fun Fact - What is non-alcoholic beer?

In the United States, non-alcoholic beer is defined as beer with less than .5% alcohol by volume (ABV). So technically, NA beers still have a small amount of alcohol. However, it’s about the same level of alcohol found in an overripe banana. You’d probably need to drink around nine bottles of non-alcoholic beer to equal the ABV kick of a standard beer (HopCulture). 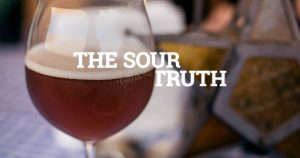 Reasons why sours are becoming more mainstream vary. First and foremost, money talks and since brewers are seeing sours outperform other beers when analyzing growth by percentage, it only makes sense to keep them in the regular rotation. Additionally, sours have become more diverse, or as I would put it “user friendly”, which has increased their popularity. For example, a sour could mean a bold, barrel-aged, super funky 10%+ ABV beer worth sharing by the fireplace with friends, or a fruit forward low calorie, low ABV option perfect for chilling by the pool all day.

Given their range and improved market presence, expect to see sours become more relevant in 2023 and not just for the craft beer aficionado, but for the novice too. 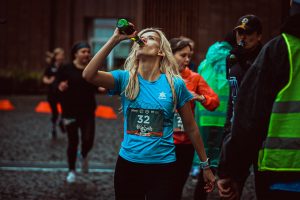 Today’s consumers are more health-conscious than their parents and their parents before them for a variety of reasons. For one, health-related fears stemming from the pandemic have led to increased public interest in health concerns globally. And while drinking habits have increased considerably since COVID, so has consumption of lower ABV and lighter beers with less calories, such as lagers. Interestingly, there’s largely an unexplored space in the beer world, otherwise known as the “sweet spot” for some forward-thinking brewers, with beer ranging from 0.5% ABV (anything less is considered “alcohol free”) and 2.5% ABV, which is considered “low alcohol” by U.S. federal regulations (see Section 5 titled, Alcohol content, pg. 6).

Brewers can now produce “low alcohol” beers with significantly less calories without sacrificing the flavor and complexity consumers want. Additionally, reduced cost in producing low alcohol beers has been, and will continue to be, a driving force in the craft beer world resulting in more “low alcohol” craft beers in the market in 2023.

If you’re unwilling to go all in and buy a 4, 6 or 12 pack of “low alcohol” beer, try taking a closer look at the variety packs available in your local beer store since brewers have been sneaking in a low alcohol option to help introduce new, healthier beers into the market. 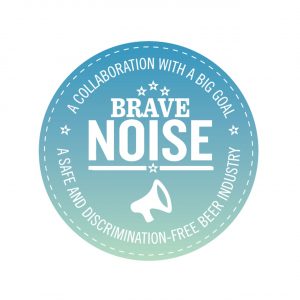 Recent market trends have shown gradual, but noticeable shifts in beer consumption by a more diverse audience. According to a recent report, published by Brewers Association, the number of female drinkers is slowly on the rise. Over a 3-year span, female craft beer drinkers increased by about 2%, which may not seem like much, but in terms of people, that equated to an additional 6.6 million women in the craft beer scene. Another interesting stat showed that the number of female drinkers under the age of 25 overtook males in the same age category.

Additionally, mega craft brewers like New Belgium are deepening their commitment to diversity, equity and inclusion (DEI) by hiring leaders focused on DEI and by making more inclusive investments.

On top of that, collaborative movements like the Brave Noise initiative, are aiming to create a discrimination-free beer industry by campaigning for a “bevolution” to advocate for safe spaces and inclusive environments by requesting transparency and long-term commitments in brewery policies.

In summary, what this means in 2023 is that change isn’t coming, it’s here, so expect to see a more intentional approach by brewers to integrate diversity, equity and inclusion in the craft beer scene.