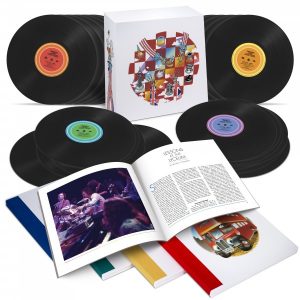 Sometimes I wonder why bands today don’t put out more live albums on vinyl, or better yet, box sets of their entire live shows? I mean I totally get how pricey it can be to press records, plus additional costs for all the cool packaging, inserts, etc., but bands really should be thinking about their legacy, and not just about profit, when it comes to the longevity of their music. Vinyl lasts forever, when cared for properly, and it’s a gateway for generations of family and friends to share music and memories with each other in perpetuity.

I just splurged and bought the biggest box set the Grateful Dead have ever released, Lyceum ’72: The Complete Recordings, for about $500. That may seem like a lot, and it is, but the release includes 4 full live performances pressed on 24 LPs, a full color coffee table-sized 50 year anniversary book, all packaged in top-of-the-line material.

At retail each vinyl will cost the consumer about $20, which I imagine doesn’t leave too much room for profit for the good ole’ Grateful Dead, but in the grand scheme of things, it really doesn’t matter. The Dead know, perhaps better than any other band, that putting their music out there, even for free, helps keep their legacy alive and well—and still growing! I will certainly cherish the Lyceum release until I’m dead and gone, at which point, the records will be passed down to my kids, so they can keep that ember glowing by enjoying the same music with their kids and grandkids too. Sharing music through vinyl with your kids evolves over time and can result in new experiences that otherwise would not have been possible. Take for instance this past Father’s Day. My wonderful wife hooked it up with an amazing gift—4 tickets to Kraftwerk at arguably the best venue in Washington DC, The Anthem, for a full-on visual and auditory experience with Kraftwerk in 3D. Instead of her and I making it a date night, which is what we typically do when going to shows, we used the 2 extra tickets to share in the experience with our kids.

Five years ago, as a toddler and at the ripe age of 3, my son was obsessed with Kraftwerk’s 80s synthpop album, The Man Machine. He’d march around our 2 bedroom apartment singing, “We are the robots!” while doing robotic arm movements and demanding that I play it, “Again!” and “Again!” after each spin. He also knew where the LP was shelved, so he would go pull it out on a repetitive whim, much like little kids do with their favorite children’s book when asking their parents to read and re-read the book over and over again.

Had we not had that album on vinyl, the affection he and I grew for each other in that space and for Kraftwerk’s music would have never blossomed into the behemoth flower that it did. As a result, we listened to a lot of The Man Machine throughout his childhood and it became one of our favorite albums and bands, mutually. 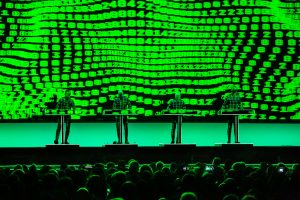 Full circle, going to see Kraftwerk in 3D with my son was incredible. While he didn’t explicitly recall memories from his childhood with the two of us listening to their album on repeat while he and I pretended to be robots, I could feel his energy while decoding the expressions on his face, all of which said, “Dad, this is freaking awesome and there’s no place I’d rather be!”

So, what’s my point? It's simple. Bands need to embrace releasing their music on vinyl even when profits render nickels on the dollar, and even if that means releasing live shows in their entirety. This is especially true for bands that rely more on touring and the live scene versus the monetary success of their studio albums.

For me, thanks to vinyl, my family has been able to share in the experience at home and live with the bands we love. So, if you’re reading this and you’re in a band that’s hesitant to release your music on vinyl because you’re not big enough yet or because the cost is too high, just remember that your band will break up, the music will stop, but vinyl never stops spinning, and decades from now, today’s sons and daughters will be counting on you to deliver the music they’ll share from one generation to the next. 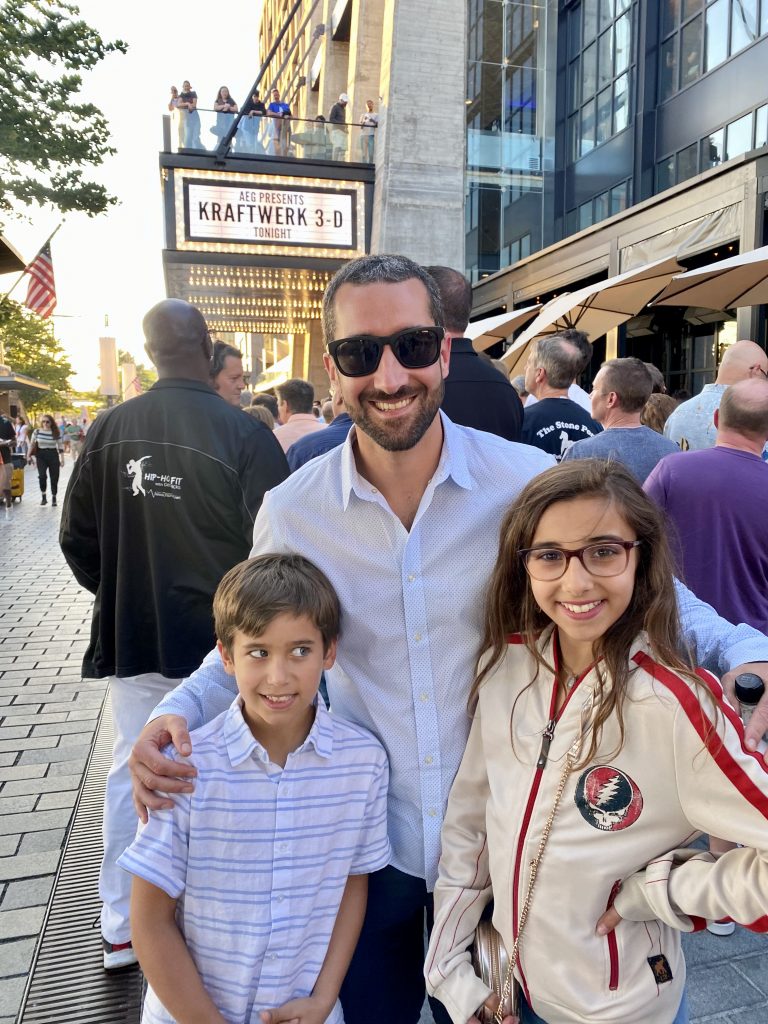